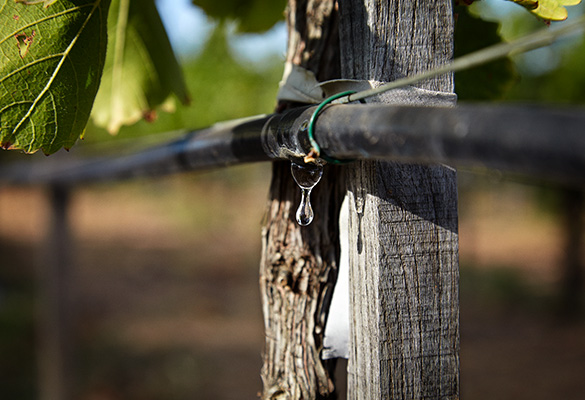 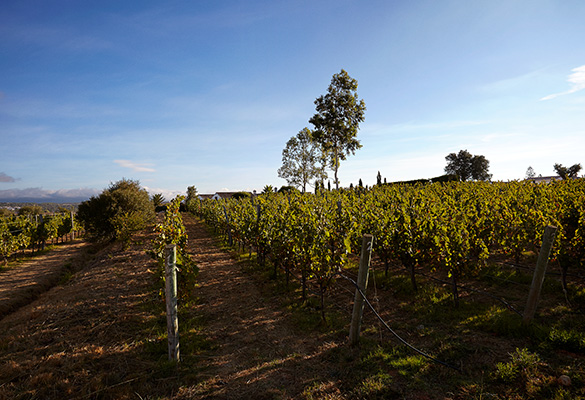 The vines are pruned according to the Double Guyot system, trellised and drip irrigated. These and other parameters determine both quantity and quality of the upcoming harvest. Vinciane is always around at Monte do Além during this critical period. The Double Guyot pruning system is a long pruning approach where branches are cut except for the two fruit-bearing branches which are retained for the harvest of the following year. This job is carried out in January and February each year. After pruning, the two fruit-bearing branches are attached to the support wire which is 60 cm (2 feet) above the ground.

Why use drip irrigation?

Summers in Algarve are extremely dry. Rainfall is practically non-existant from early June to end September. Therefore, even in the presence of a clay soil which effectively traps water, it is not sufficient for the vines to survive over this long period of drought; drip irrigation is therefore necessary. 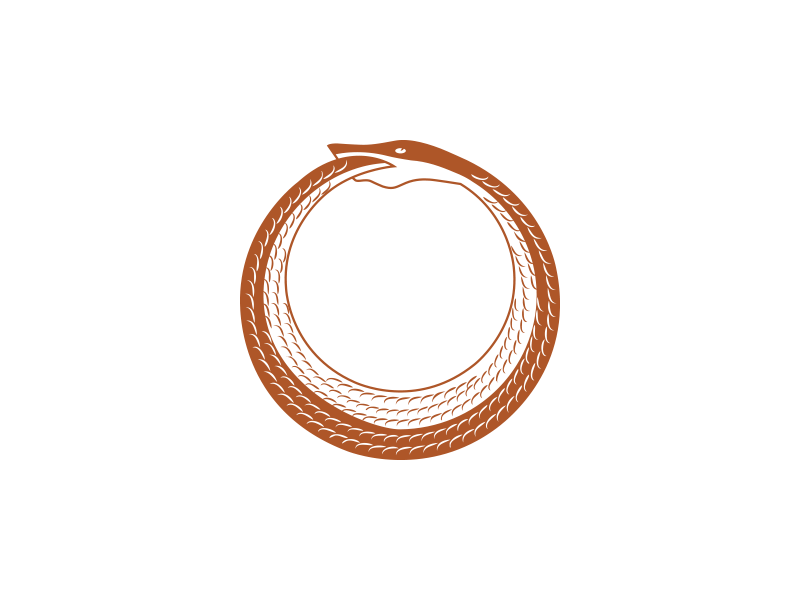